..no new cards to share with you i'm afraid but I have been busy in the craftroom sorting out my scrapbooking stash so thought I'd share with you some of my very favourite layouts..

GIRLS - This layout was made not so long ago at one of my scrapbook crops, I had recently bought the tim holts rosette die & wanted to use it -  It took all night to cut & fold those rosettes but I do love the end result & this photo of the girls is still one of my faves.. 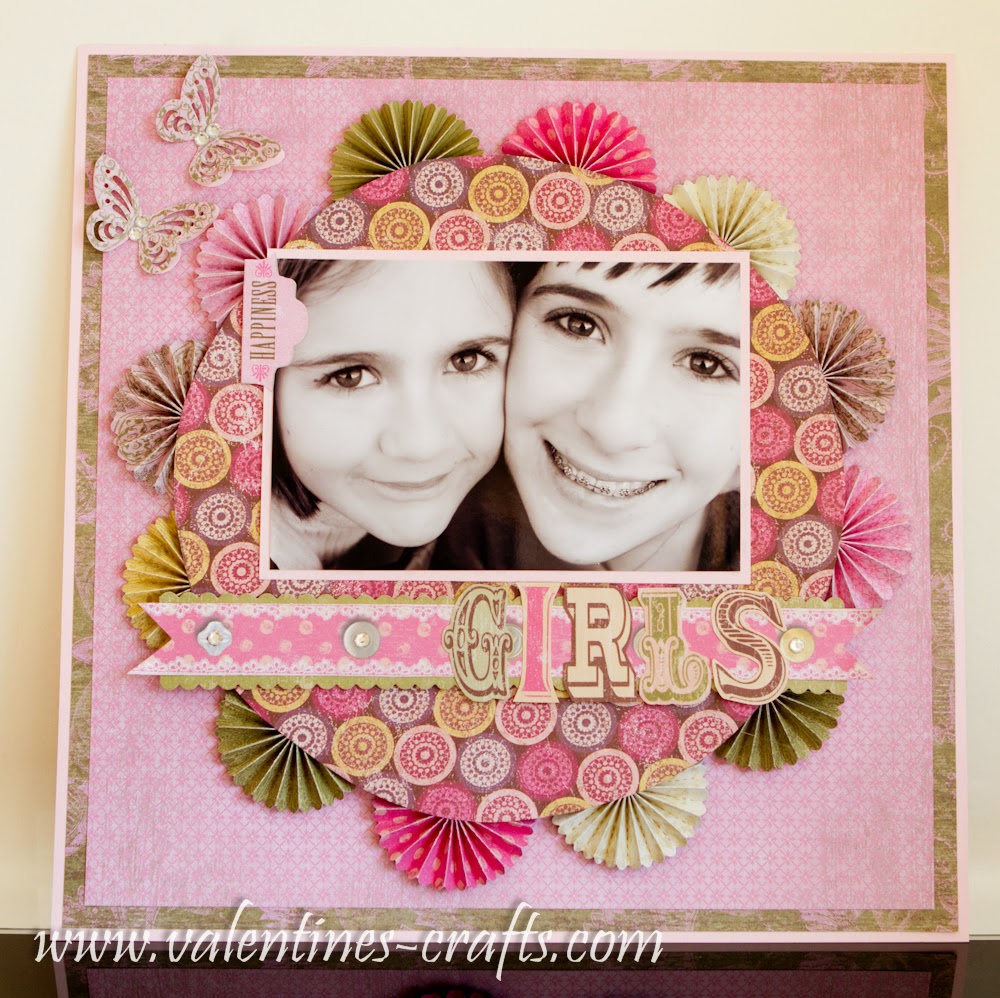 BUTTERFLY HUNT - This photo was taken when Sofie was 8, we went out for a walk on a lovely sunny day, took the butterfly net & carry box to see what we could catch.. 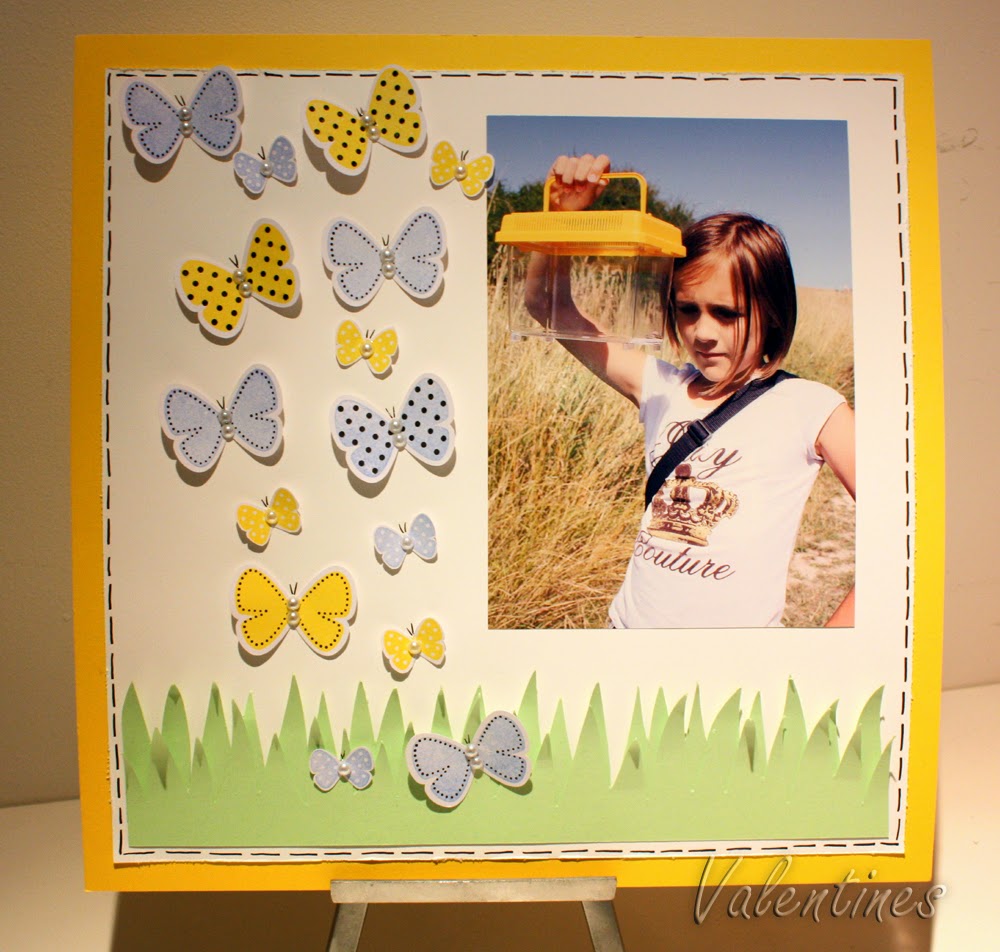 SWING - from top to bottom shows Aisha (our temporary foster daughter), Sharni with very short boyish haircut & Sofie at about 2 years old with blonde hair! I can't remember what papers I used now but to remember hand cutting all those flowers!!!... 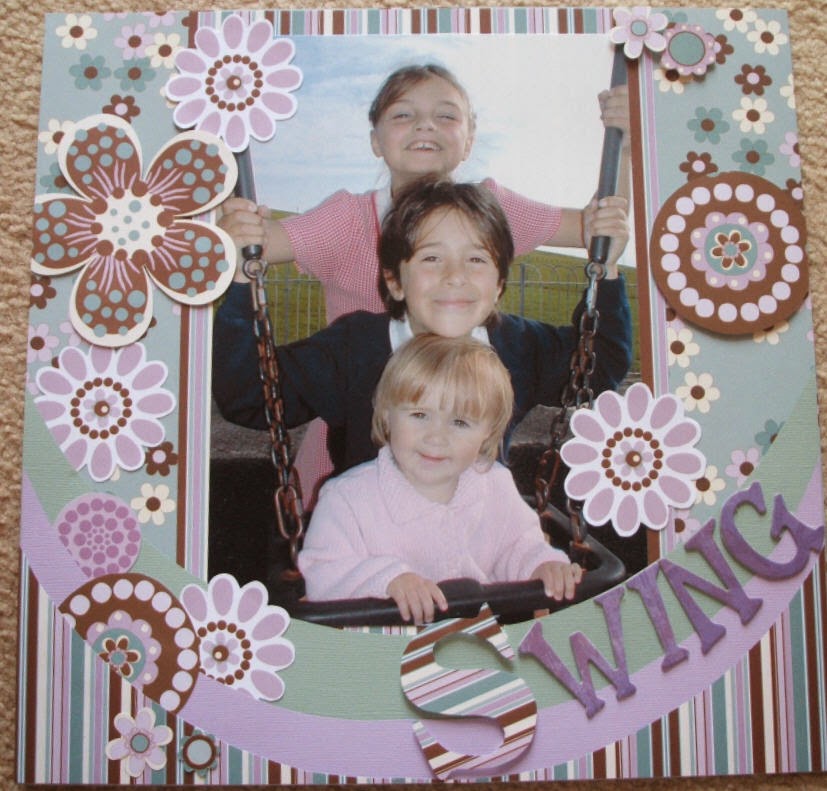 
HAVE YOU BEEN USING THE CAMERA? - I found this photo Sofie had taken of herself on the camera so of course it had to be scrapped!! This was way before 'selfies' became all the rage!! :) 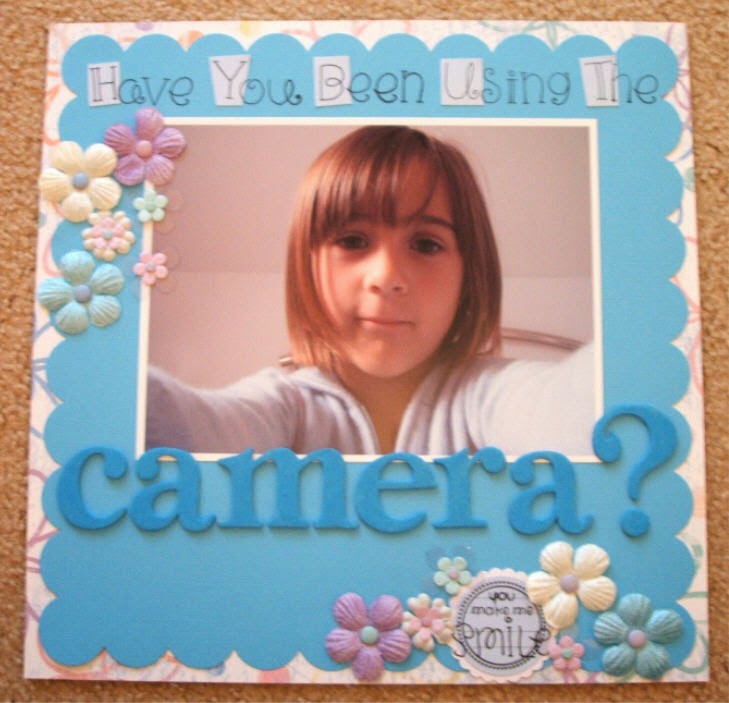 SNOW - Just a grab shot of Sofie taken on a walk out over fields on one of the lovely snow days we had in the winter of 2010..I love the colours of this layout.. 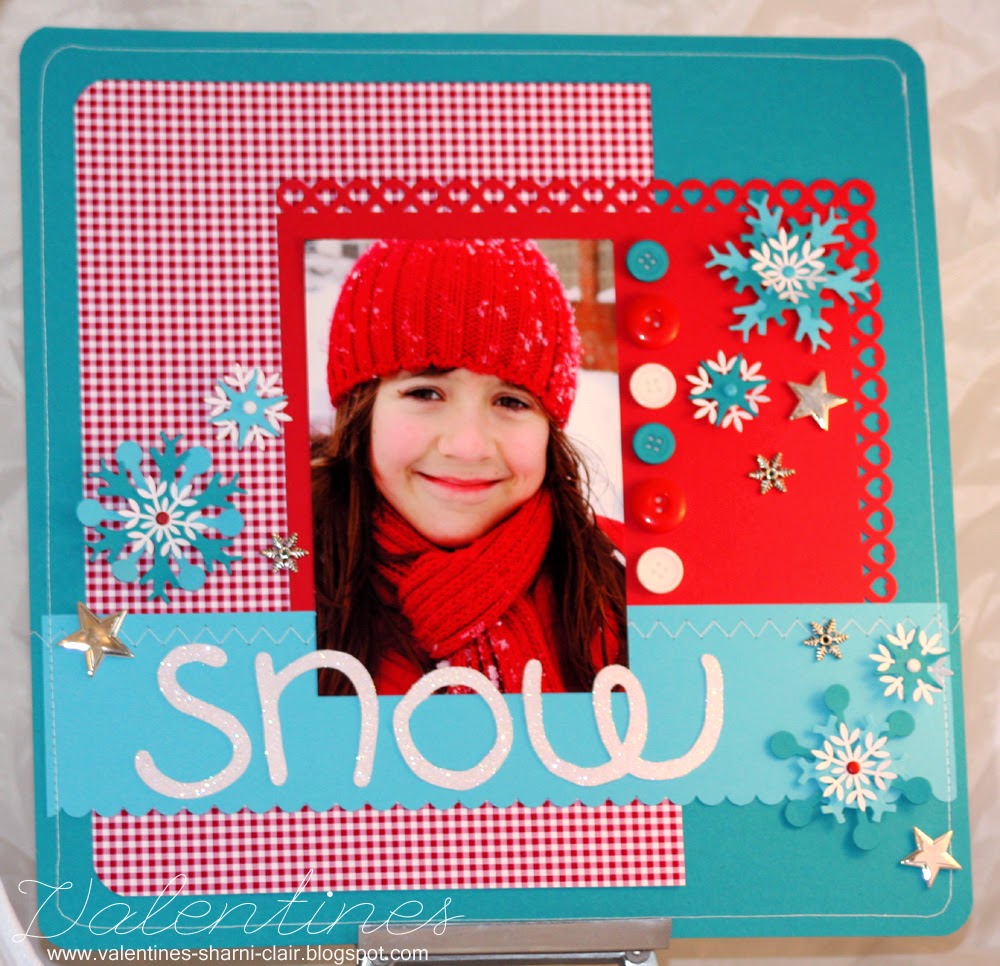 
TULLEYS - This is a pretty simple layout but I do love the collage of photos, I must remember to do this more often.. 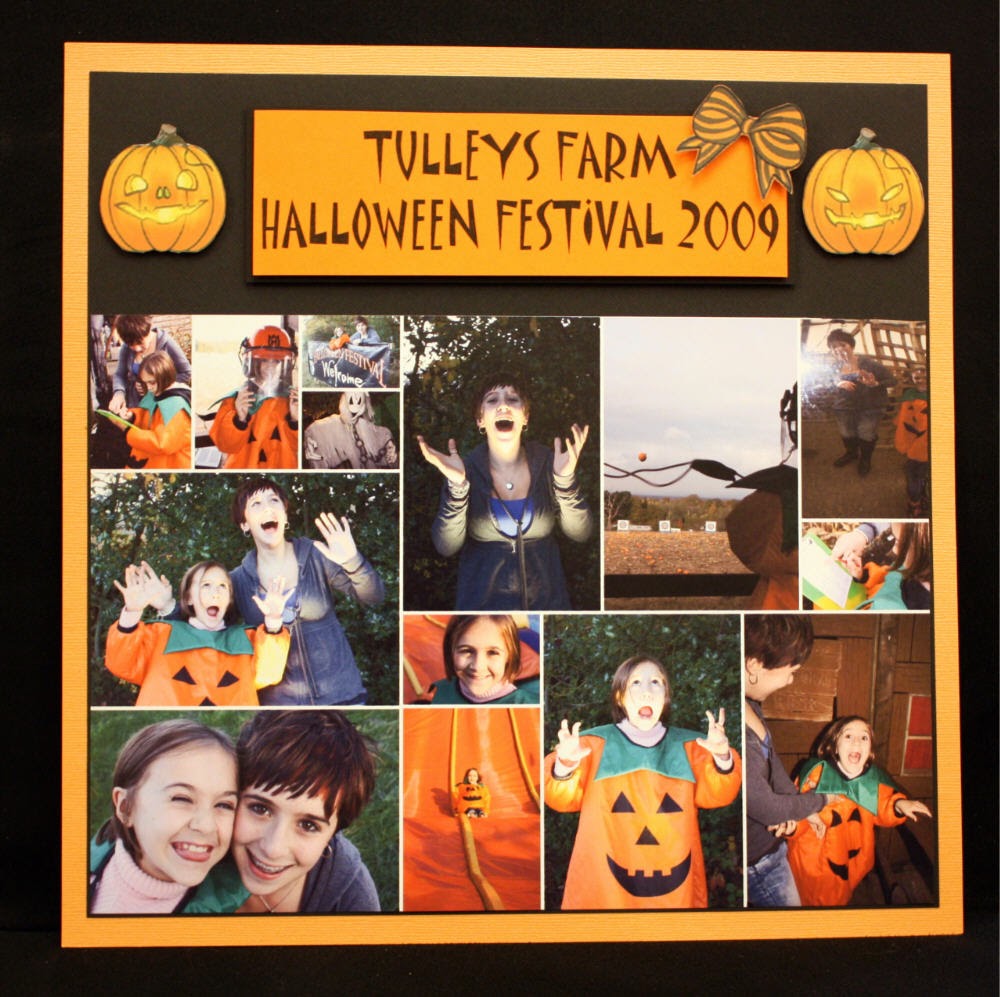 If you want to see more of my layouts head over to my Pinterest board HERE.

I really like that Clair, such good memories! I'm really thinking about starting a scrapbook but don't know where to start!!! or how! Shall have to give it some serious thought! Xx

Great pages Clair - I have a few of Leon but they are all digital. Great memories. xx